For the past couple of months, I’ve been testing the new Swarovski Digital Guide – or dG. This nifty piece of kit combines a monocular with a built-in camera. Use just as you would your normal optics; when you see a bird (or mammal), snap a photo using the button on top. Simple. But this is where it gets fancy: that photo will automatically be sent to your smartphone via a WiFi hotspot in the dG. Then, via a hook-up with the Merlin Bird ID app, your sighting can be identified at the touch of a button.

Now, I’m a bit stubborn when it comes to technology and didn’t read the user manual. Who needs instructions right? Wrong! In a serious mental transition (for me, anyway), there’s some set up required. At first, I couldn’t figure out why it wasn’t working – turns out I hadn’t turned it on. Or charged it. In that respect, this is primarily a camera, not a monocular. I was trying to use it like a Boots disposable camera circa 2001. Doh! You’re also going to have to do some digital set up before you get going, including downloading three apps (the dG app, Merlin Bird ID app and dG Mammals app) to your smartphone and connecting your phone to the dG via your QR code or serial number.

Once you’ve navigated your way through this (and it is simple – it’s just me that’s incompetent!), you’re ready to whirl. I’ve never used a monocular before, so this took a little getting used to. I was worried I would feel a little bit Captain Jack, but top tip – hold and use as you would a pair of binoculars, using both hands to stabilise and your index finger to focus and take photos. There isn’t a zoom, but with 8x magnification this isn’t a problem. It’s solid, too, standing up to an 18-month-old daughter.

I’ve tested the dG on a variety of winter birds at a few different sites – on the Isles of Scilly, Welney WWT, at some local woodland nature reserves and in the garden. Admittedly we’re not separating American warblers, but – and this is the real kicker – it actually works. Oh, and it does video, too.

This feels like technology that was waiting to happen, and unsurprisingly it’s Swarovski who have led the way. Thank goodness it was. There was a real danger with this sort of technology that the whole product would become gimmicky and a bit cheap, but Swarovski have delivered their usual high-quality kit. Understandably, many birders are nervous that products like this might take the romance, skill, challenge and satisfaction out of birding, but this is no different to using a camera to identify birds when you’re home – something that many, many people do. The Merlin app is like having a discreet and very knowledgeable birding friend tucked away in your pocket. All birders have stumbled on birds (some common, some rare) on occasion and a second opinion can be really useful. The app provides that second opinion, a built-in field guide. It doesn’t have an agenda or wishful thinking either, so it doesn’t kid itself as much as the rest of us.

I’ve picked out three audiences who I think will love it (and I’m sure that there are more). First up – tour guides. Anyone who has been on a guided holiday knows that there’s a big variation in skillset. You can connect the dG to multiple devices at once, so when the guide snaps a photo, it can be instantly shared with everyone. This will be helpful in improving everyone’s ID.

Secondly, outdoor adventure families. Imagine you’re out and about, trying to engage your tech-savvy kids in birds and wildlife, and they’re just not ‘getting it’. As a single piece of kit, this is a great way to keep everyone entertained, challenged and having fun – even the most WiFi focused of youths. This is a good bridge between generations, for everyone to learn together. In this respect, it’s great for people who work with schools, too.

Finally, many amateur naturalists are now venturing out with a lot of kit, including binoculars, telescopes, digiscoping adapters, cameras – and not cheap cameras either. Think DSLRs with big lenses. These aren’t used for professional wildlife photography, but rather as part of a learning process, identification and a general appreciation of nature. The Swarovski dG meets the needs of an enthusiastic amateur naturalist, but in a way that won’t break their backs or bank balances. At £1,650, the dG isn’t cheap – but it’s a cheaper than buying mid-range optics and a half decent bridge camera. And it weighs about the same as a pair of bins.

I’ve always relied on digiscoping for bird photos and this has limitations. It’s almost impossible to do when I’m on my own with Baby Girl Birder. The dG is so useful when it’s just the two of us out and about and I want to snap a few birdy pics. On the off-chance I found something unusual and needed to submit a rarity form, a picture speaks a thousand words. The dG isn’t about replacing anything that already exists – in terms of kit or how we value individual fieldcraft and skill. It’s an evolution and an addition. 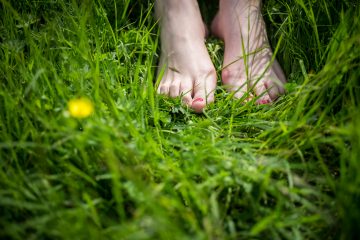 As someone who is pretty well-versed at social distancing (freelance work-from-home mum to an 18-month-old), I see a lot of people struggling right now. Like you, I’m missing people. I’m regretting the opportunities I had Read more… 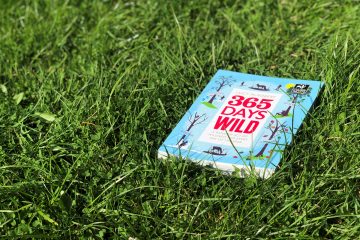 Do you know someone who needs a little wild right now?

With all the chaos swirling around us at the moment, I want to do my bit to brighten up someone’s day. Someone who needs a little pick me up and who could really use some wild inspiration over the next few months… 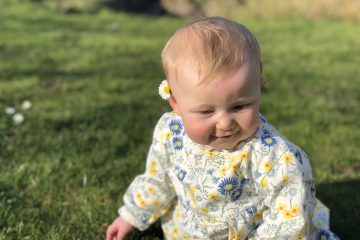 In just over six weeks’ time, I’m going to achieve the only real goal I had as a child: to become a published author. 365 Days Wild will hit the shelves on the 16th May Read more…